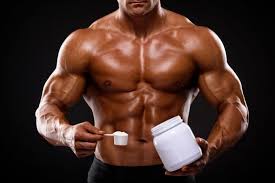 It occurs naturally in red meat and fish, it is made by the body, and it can also be obtained from supplements.

Supplements are used by athletes to improve their performance, by older adults to increase muscle mass, and to treat problems that result when a body cannot metabolize creatine fully.

Some evidence suggests that it might prevent skin aging, treat muscle diseases, help people with multiple sclerosis (MS) to exercise, enhance cognitive ability, and more. Additional evidence is needed to confirm these uses.

This article will look at the uses of creatine, how it works, and how safe and effective it is.

Fast facts on creatineHere are some key points about creatine. More detail and supporting information is in the main article.

Creatine is a common ingredient muscle-building supplements and sports drinks.

Creatine is formed of three amino acids: L-arginine, glycine, and L-methionine. It makes up about 1 percent of the total volume of human blood.

Around 95 percent of creatine in the human body is stored in skeletal muscle, and 5 percent is in the brain.

Between 1.5 and 2 percent of the body’s creatine store is converted for use each day by the liver, the kidneys, and the pancreas.

It is transported through the blood and used by parts of the body that have high energy demands, such as skeletal muscle and the brain.

Different forms of creatine are used in supplements, including creatine monohydrate and creatine nitrate.

No creatine supplement has yet been approved for use by the United States (U.S.) Food and Drug Administration (FDA). There are dangers associated with use of unrestricted supplements.

Creatine can supply energy to parts of the body where it is needed. Athletes use supplements to increase energy production, improve athletic performance, and to allow them to train harder.

According to the International Society of Sports Nutrition (ISSN), larger athletes who train intensely “may need to consume between 5 and 10 g of creatine a day” to maintain their stores.

People who cannot synthesize creatine because of a health condition may need to take 10 to 30 g a day to avoid health problems.

Creatine is one of the most popular supplements in the U.S., especially among men who participate in ice hockey, football, baseball, lacrosse, and wrestling.

It is also the most common supplement found in sports nutrition supplements, including sports drinks.

There are claims for a number of uses, some of which are supported by research evidence.

Athletes commonly use creatine supplements, because there is some evidence that they are effective in high-intensity training.

Creatine is popular with athletes

The idea is that creatine allows the body to produce more energy. With more energy, athletes can work harder and achieve more.

For some participants in some kinds of exercise, boosting the body’s creatine pool appears to enhance performance.

In 2003, a meta-analysis published in the Journal of Sports Science and Medicineconcluded that creatine “may improve performance involving short periods of extremely powerful activity, especially during repeated bouts.”

The researchers added that not all studies had reported the same benefits.

In 2012, a review concluded that creatine:

It seems to benefit athletes participating in anaerobic exercise, but not in aerobic activity.

It appears to be useful in short-duration, high-intensity, intermittent exercises, but not necessarily in other types of exercise.

However, a study published in 2017 found that creatine supplementation did not boost fitness or performance in 17 young female athletes who used it for 4 weeks.

Increased creatine content in muscles has been associated with greater body mass.

However, according to the U.S. National Library of Medicine, creatine does not build muscle. The increase in body mass occurs because creatine causes the muscles to hold water.

One review, published in 2003, notes that “The gains in body weigh observed are likely due to water retention during supplementation.”

It is also possible that muscle mass builds as a result of working harder during exercise.

Research suggests that creatine supplements may help prevent muscle damage and enhance the recovery process after an athlete has experienced an injury.

Creatine may also have an antioxidant effect after an intense session of resistance training, and it may help reduce cramping. It may have a role in rehabilitation for brain and other injuries.

Creatine is a natural substance and essential for a range of body functions.

An average young male weighing 70 kilograms (kg) has a store, or pool, of creatine of around 120 to 140 g. The amount varies between individuals, and it depends partly on a person’s muscle mass and their muscle fiber type.

Creatine deficiency is linked to a wide range of conditions, including, but not limited to:

Oral creatine supplements may relieve these conditions, but there is not yet enough evidence to prove that this is an effective treatment for most of them.

Supplements are also taken to increase creatine in the brain. This can help relieve seizures, symptoms of autism, and movement disorders.

Taking creatine supplements for up to 8 years has been shown to improve attention, language and academic performance in some children. However, it does not affect everyone in the same way.

While creatine occurs naturally in the body, creatine supplements are not a natural substance. Anyone considering using these or other supplements should do so only after researching the company that provides them.

Creatine may help improve the strength of people with muscular dystrophy

A review of 14 studies, published in 2013, found that people with muscular dystrophy who took creatine experienced an increase in muscle strength of 8.5 percent compared with those who did not take the supplement.

Next ArticleSporting performance and food